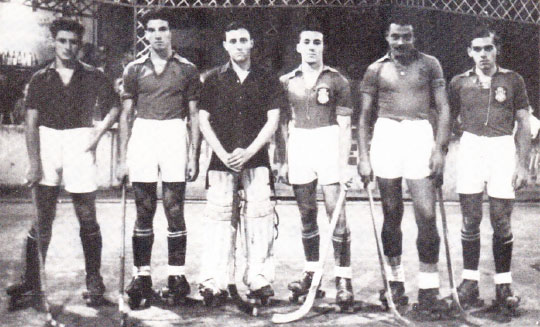 The Cerdanyola Team 1944
1940s
Let the games begin
Reno was born in the city of Barcelona, although it later moved its activities to Cerdanyola del Vallès, a city with a great hockey tradition and home to Cerdanyola Club d’Hoquei (the Cerdanyola Hockey Club) - a real national hockey veteran and organiser of the legendary “24 Hores d’Hoquei” (“24 Hours of Hockey”). In its early days, it made racquets, skis and wooden golf sticks, moving soon after into the production of hockey sticks.

1972 European Cup Final between Reus Deportiu and Novara
1970s
Where there’s hockey, there’s Reno
Reno expanded its influence, working closely with extraordinary teams like H.C. Cerdanyola, C.E. Noia Freixenet, C.P. Vic, H.C. Palau de Plegamans, Igualada H.C., F.C. Porto, R.C.D. Espanyol, U.D. Oliveirense and the Spanish national team among others.
The brand was also known for its co-organisation of Christmas matches for the Catalan team in Palau Blaugrana and the All Star games in OK Liga. It was precisely this drive to be side by side with clubs and players from all over that allowed Reno to constantly improve its products. 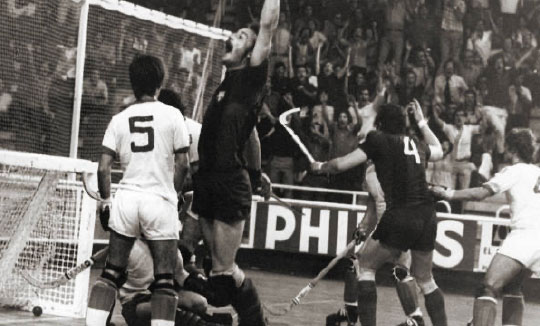 Josep Vigueras, a passionate player and entrepreneur, ook over Reno management and promoted the brand like never before, deepening its relationship and engagement with clubs and players, making new roller hockey products, and paving the way to the international market.

Roller hockey at the 1992 Summer Olympics

2010 Copa América between the Catalonia and Argentina teams.
2000s
At the forefront of hockey

Through the support and confidence of players and hockey clubs, Reno has maintained an enterprising spirit and keeps on growing, broadening its range with protective gear for players and goalkeepers, boots and other textiles, and opening a new production centre in Fiães (Portugal), joining forces with the one in Cerdanyola del Vallès.